QUEEMOSE  is a project curated by Andrea Calella, electronic music producer, sound designer, filmmaker, visual artist, dj, 1984. Ex-student at the SAE Institute in Milan, CFV audio engineering and “disciple” of the courses analog synthesis with producer Daniele De Rossi (Science Force / M.O.R.P. / Noxius Nub).
His sound can be described as an eclectic cocktail of House music, Electronic, Disco with contamination of Cosmic Soul Fusion and Techno, using in the studio a large equipment among bizarre self-made musical instruments, vintage analog instruments and modern sound modules. His performances are often characterized by sets / visual / environments created by himself and quirky and eclectic experimentation. 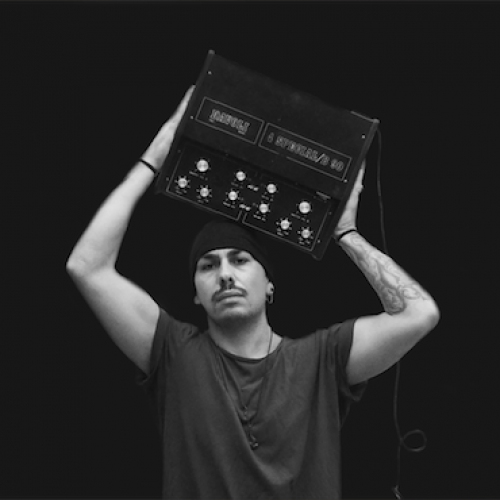